Here are some pics of the original prototype models for the Isis guitar design. 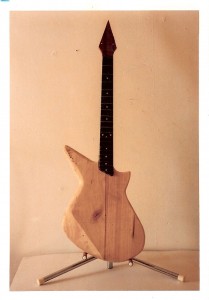 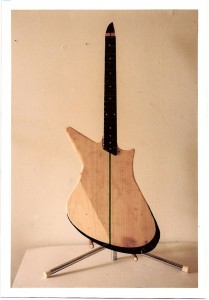 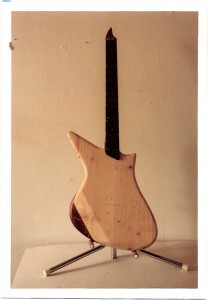 These early 3D models were made in pine as it was easy to work with the limited handtools we had at our disposal in these early days. The areas drawn in black felt pen show adjustments and revisions to the overall shape we may have been considering at the time. 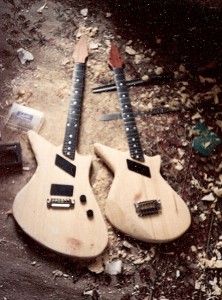 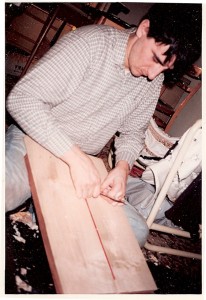 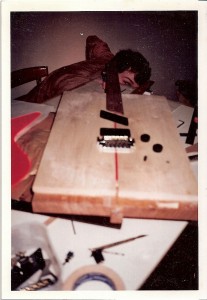 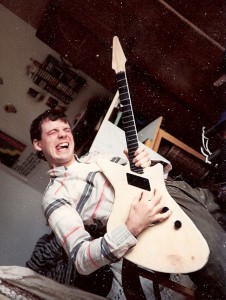 These prototype guitars were made in Maurice’s room in the flat we shared at the time.
What a mess we made.He wouldn’t get away with that these days! 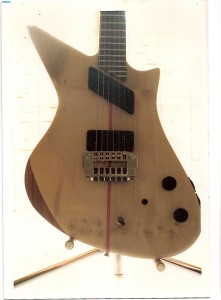 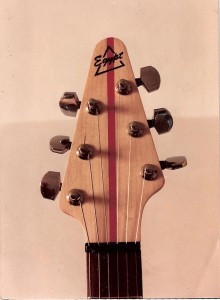 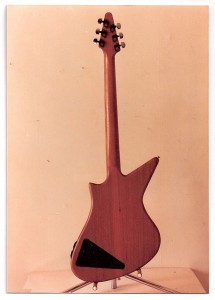 We had considered featuring a central coloured strip. This was also to extend to the headstock but we decided not to implement this feature in the final production models.The first refined non working prototype was made with a mahogany body and a bookmatched sycamore top. We had the idea for the angled neck pickup quite early on…and this necessitated the matching angle at the end of the fingerboard. 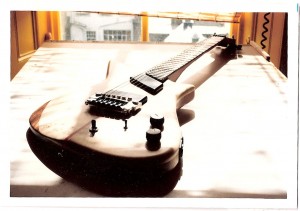 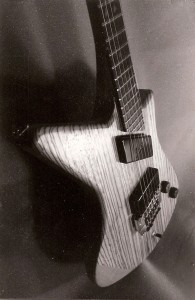 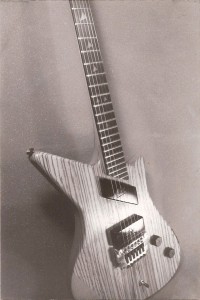